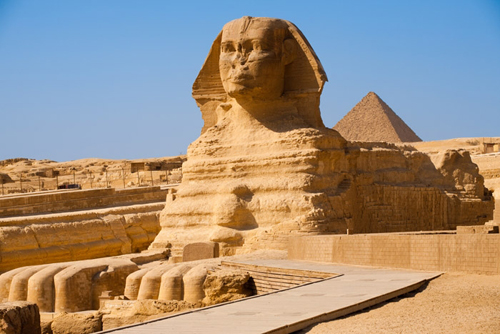 This ancient country with rich cultural traditions and tourist infrastructure attracts travelers from around the world. In Egypt, you can relax all year round, but the "peak" time - the New Year and Christmas holidays.
Holidays in Egypt - a magnificent Hurghada, a popular Sharm El Sheikh, El Gouna, which is called the Venice of Egypt, climatic health resort of Safaga, Makadi Bay, a favorite with divers Dahab, Taba - Egypt was and remains a country of low-cost mass beach holiday. In Egypt, on the Red Sea, "flock" surfers and divers: one catch a wave, the other plunged into the water - admire the corals. The wonderful climate, warm sea, wide sandy beaches, quality hotels, a variety of tours, overflowing exotic - all this makes an unforgettable holiday in Egypt: I want to return here again and again.

Between the cities of Egypt conveniently moved on buses: car companies Super Jet and East Delta is quite comfortable. You can travel around the country and train (and even with the comfort of well-known), but for safety reasons should be limited to only the most popular routes.
Public transport in the main resorts are not particularly diverse: it is presented to the local equivalent of minibuses and taxis. Shuttle minibuses go in the center of the resorts along the coast. The fare - about 2 EGP per person in one direction.
Taxis can be hired at the resorts for 15-30 EGP day and night for 20-40 EGP (Cairo - much cheaper). Always agree beforehand with the driver about the amount.
Do not take a car in Egypt: the majority of local drivers have the remotest idea of ​​how to behave on the road. This is especially true of Cairo.

If you do not need the extra adventure on your head, it is worth remembering that the bare shoulders and short skirts - not a good dress for walking outside the hotel. The hotels themselves should be safe to use: the cases of theft - not a rarity. The water from the tap can not drink, and even cleaned her teeth - is a risk that an oversight upset the gastrointestinal tract at a good half rest. Finally, it is useful to recall once again that where at the entrance to the sea has coral, can not be put into the water without special slippers, and splash around them should be cautious.
Increased attention to the Aboriginal women - well-known fact, but if you do not apply reason, then this thing will end. In extreme cases, there are two magic words, "tourist police". Will be restrained immediately.

All the beaches of Alexandria sand. Rare hotel located in the city, has its own beach with sun beds and parasols - most of these hotel guests have to settle for the city's public beaches. But all coastal hotels located in the suburbs of Alexandria - own equipped beaches.
In Hurghada sloping beaches, but the open sea, small and clean sand will not all hotels. Most often it is artificially depth of the lagoon. It is not always noticeable, but sometimes the water in the lagoons is quite murky. Many hotels have their own "house reef": coral near the beach, where you can watch the fish. However, often due to the same coral impossible to enter into the sea barefoot.
If we talk about the beaches of Sharm El Sheikh, the Bay of Naama Bay, they are "quasi-sand": swim without special shoes you can not everywhere, but only in specially cleaned areas (usually fenced buoys). The only natural sand beach in Sharm - Bay of Sharm el-Maya (hotels and Iberotel Palace Seti Sharm): only there can safely swim barefoot. But the beaches in new areas of the resort (Hadaba Bay Sharks Bay Nabq Bay) is not correct to call sand and coral: there is conservation area and even out over the coral to build bridges for the passage, the hotel requires a set of permissions. Almost all the beaches in these areas corals start almost from the water's edge and stretch for 15-30 m. This is inconvenient for bathing children, but pleases fans of underwater flora and fauna, watching strange coral fish and other wonders of the Red Sea right at underfoot.

The Egyptian cuisine is all for the future: the traditional Middle Eastern lamb, spices and rices, couscous and everything was folly to swim in a network of local fishermen, from fish to cuttlefish. Thus Egyptians have focused on flavor rather than the sharpness of dishes generously uses herbs, but the hot pepper - only occasionally to a little taste of shade. National meat dishes - a variety of couscous and a ragout of vegetables is worth a try falafel, "Koshary" (rice, chickpeas, pasta, tomato sauce), and the classic "Fula medames" - stewed beans with olive oil, onion and garlic.
Selection of catering establishments in Egypt widest: from cheap eateries in the city streets to fine dining.

As a rule, brought from Egypt just souvenirs: buy there something else virtually meaningless. Typical local trinkets: basalt, granite or - more often - painted alabaster statues of ancient Egyptian gods, hookah ("shisha") and papyri. In the resort areas of the vast majority of stores and shops do not have fixed prices. Therefore - Travel Tips: bargain, bargain and bargain again. Original price strays at times.
It is worth paying attention to the products of high quality Egyptian cotton at ridiculous prices. It is necessary to ask the price and Egyptian carpets - even if they are not as famous as Indian or Persian, but among them there are very high quality and beautiful specimens. Egyptian gold can also be a good investment of money, if you buy it in a specialized jewelry (not souvenir) shops.
In Cairo, you can buy clothes and shoes of famous brands from democratic "Morgan" to vypendrezhnyh "Calvin Klein", "Armani", "Hugo Boss" and the like.

Egyptian oases, which are actually quite decent facilities for tours, unfairly deprived of attention. So, the next three to Cairo oasis El Faiyum, Bahariya and Farafra near the White Desert. The easiest way to get to by bus from Fayoum Cairo Turguman bus station, from there you go to the Bahariya and minibuses. There you can swim in the thermal springs or a ride to the White Desert.